Sumac Lookout is a view over the Arthur River in northwest Tasmania, Australia. 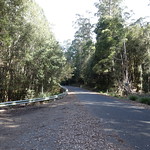 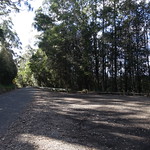 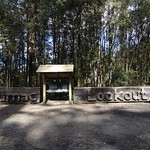 Sumac Lookout was on Sumac Road. It was about 1.7 kilometres from Kanunnah Bridge over the Arthur River, and 7.3 kilometres from the Julius River car park (which is also where the nearest toilets were). Sumac Road was sealed here, as was the entire main road for the Tarkine Drive.

The car park was a wide expanse of asphalt on the northeast side of Sumac Road. A large carved wooden sign made it difficult to miss. The road was otherwise narrow, and drivers who missed the car park could have difficulty turning around. 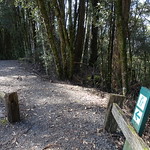 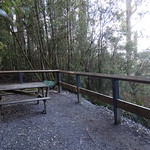 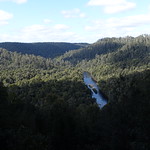 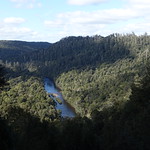 Visited the lookout many years previously. Insisted that by 2018 the trees must be obscuring the view and waited in the car.

Walked 90 metres in 5 minutes. Saw the lookout and read all the signs in the car park.

You can see everything at Sumac Lookout in five minutes. It is not worth hours of driving just to visit it.

However, if you are seeing the other sights of the Tarkine Drive and passing along Sumac Road, this is an excellent place to stop and stretch your legs.

Map of this lookout

All photographs from this lookout